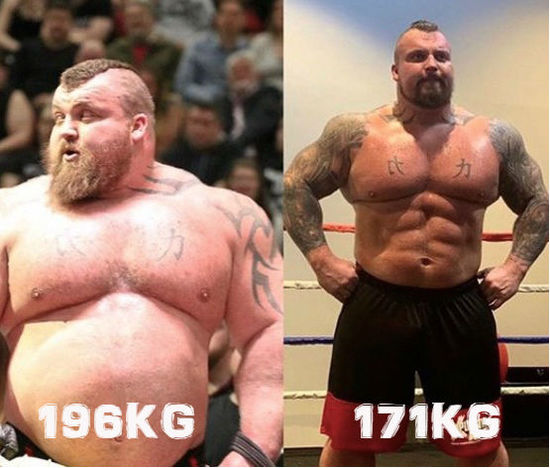 Eddie Hall is a man known for his incredible size, who at 16 years of age was already 16 stone, but recently the 2017 World’s Strongest Man has lost an impressive amount of body fat and is looking seriously lean!

The legendary powerlifter has been posting to Instagram over the last few months to show fans him putting in the work to transform his physique. On top of his regular weight sessions, Eddie revealed that his transformation is the result of five intense cardio sessions a week, which include two boxing sessions, cycling, swimming and HIIT training.

Being a strongman Eddie mentions that getting used to doing regular cardio was something that took some getting used to as it was not previously part of any training plans given his focus on powerlifting. He also stated that cardio for bigger guys has to be completely adapted so that he didn’t lose muscle or tire out. He used methods to not only improve his cardiovascular system but also help the body to recover after weight sessions by shifting lactic acid, helping the tendons, ligaments and muscles to repair.

Eddie says that he now feels comfortable at his new weight, but will continue to lose fat and add muscle. He also states that 2019 is going to be the year that everyone will see a new version of Eddie Hall and that he’s proof to anyone who doubts themselves that big people can’t get lean just like everyone else!